Non-Hodgkin lymphoma (NHL) is a large group of cancers derived from lymphocytes (white blood cells). Non-Hodgkin lymphomas can occur at any age and are often marked by enlarged lymph nodes, fever, night sweats, and weight loss. There are many different types of non-Hodgkin lymphoma. These types can be divided into aggressive (fast-growing), intermediate, or indolent (slow-growing), and can develop from either
B-cells or T-cells.

Table 1. How does HL differ from NHL? 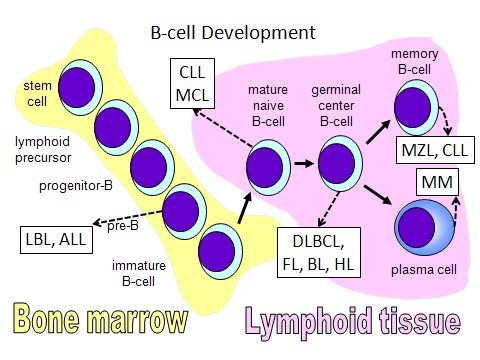